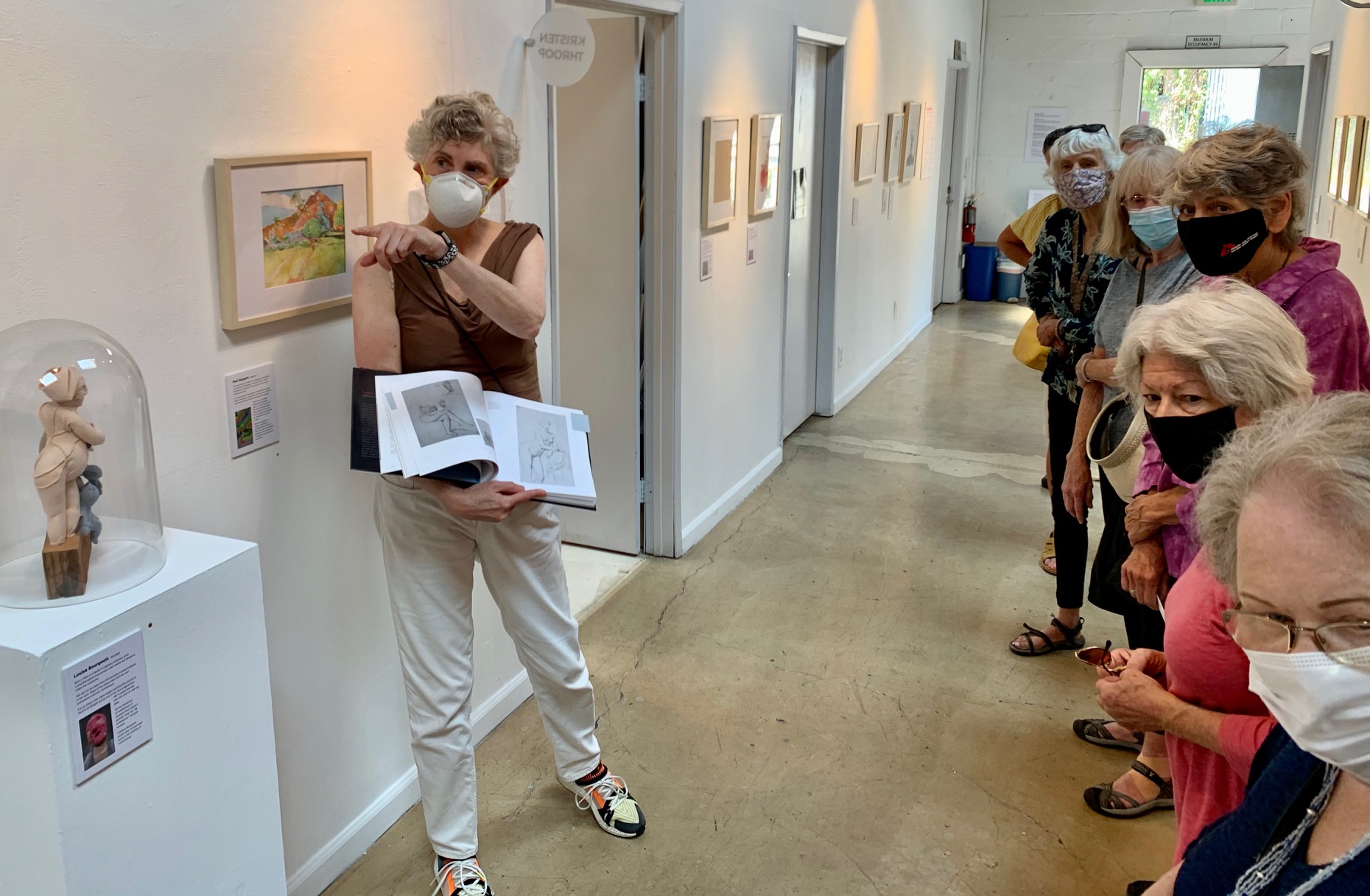 A period of thorough research which integrates literature, music, film, science and history is followed by the discipline of intimately sketching cosmologies of each subject. After experimenting with materials, the sculpture, painting or installation is then created. Next she mounts a show that not only demonstrates the content of her research, but also educates the viewer. She challenges her audience to look at the familiar in ways that expand their perception of life.

Kristen Throop is an insatiable learner, avid reader and closet librarian who travels the halls of the Metropolitan Museum in her dreams. She has a BFA from Syracuse University where she studied painting and drawing with Jerome Witkin. She has studied at Yale University and with the Museum of Modern Art in New York.

Recognition: Rethinking art and life. Each of the 36 works by Kristen Throop in this exhibit relate to a different aspect of Ingres's famous portrait of Pauline de Broglie, fitting together like a puzzle which reveals a larger narrative. Exhibition at BackStreet Gallery, Santa Rosa, 2021.

Rumination: gouaches of cows, bulls and calves depicting suburban joy and angst, exhibition and lectures, at Cafe Friday, 2020 and at 33 Arts (with new work) May 2021.

Christmas Squirrel: the vast machinery of holiday cheer and mania condensed in to one furry and frenetic mammal, Santa Rosa City Council Chambers, as well as Back Street Gallery, 2019.

T-Rex: Series of drawings and watercolors using T-Rex to depict rage and catastrophe, exhibition and discussion, at Back Street Gallery, 2018.

A search for a road and a search for freedom: Six series by Kristen Throop, at Backstreet Gallery, Santa Rosa, 2017.

Der Kuckuck hol' dich (The Cuckoo's Going to Get You), installation with cuckoo clocks by Kristen Throop, at Backstreet Gallery, Santa Rosa, 2017.

The Lion-for-real, 12 lightboxes constructed by the Technicolor process, highlighting melodramatic emotion, 12 drawings, exhibition as well as two free outdoor film screenings of highlights from the history of Technicolor film on its 100th anniversary, at Backstreet Gallery, Santa Rosa and Tailored Salon, San Francisco, 2015.

A Course Neither Bitter Nor False, exhibition of 46 paintings, Finley Center, Santa Rosa, May 2015.

Before: Light Sculptures an installation of 30 hanging light sculptures made from children’s clothes. WinterBlast, Santa Rosa, CA, November 2014 and 2015.

Bear: 19 paintings of “the bear with glowing eyes deep in the human unconscious”, exhibition as well as a series of three public lectures. Backstreet Gallery, Santa Rosa, CA, July 2014.

Rumination: 50 gouaches of cows, bulls and calves including “earworms” and soundtrack of grazing cows. Backstreet Gallery, Santa Rosa, CA, May 2013. 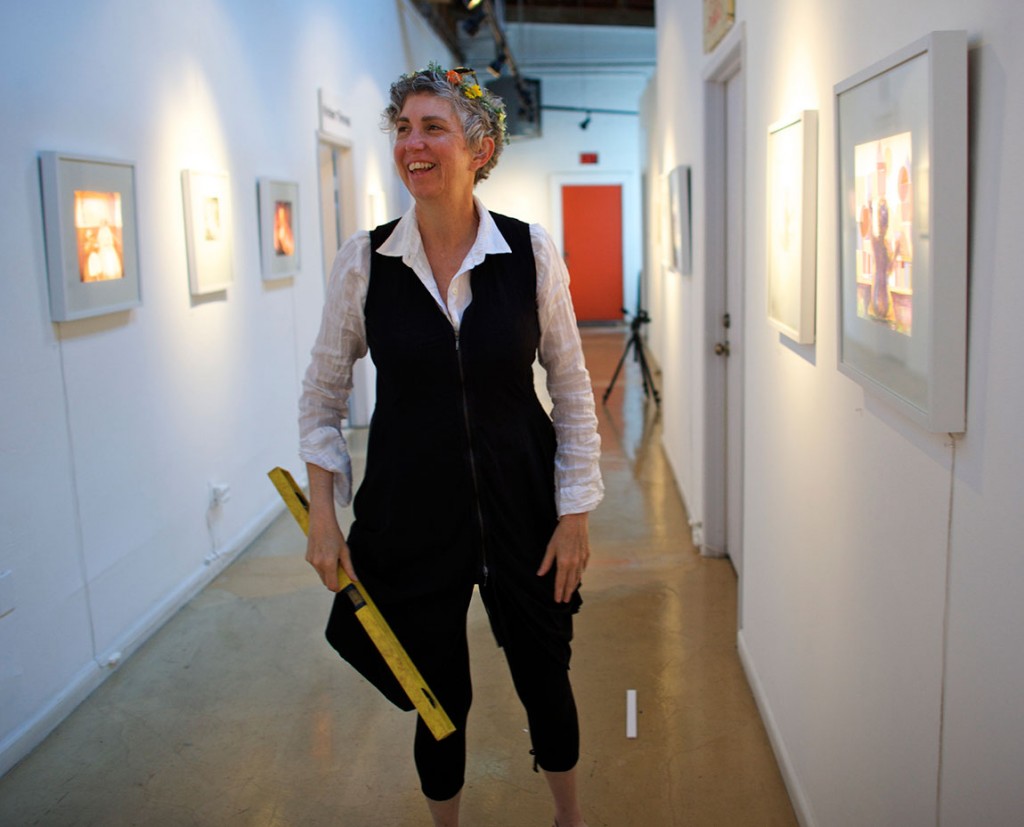 The Art of Resistance, Backstreet Gallery, 2017.

Homage and Inspiration, Sebastopol Center for the Arts, May 1998.

Best Things to Do in Sonoma County in 2020, full page image of Before light sculptures, Sonoma Magazine, January/February 2020. 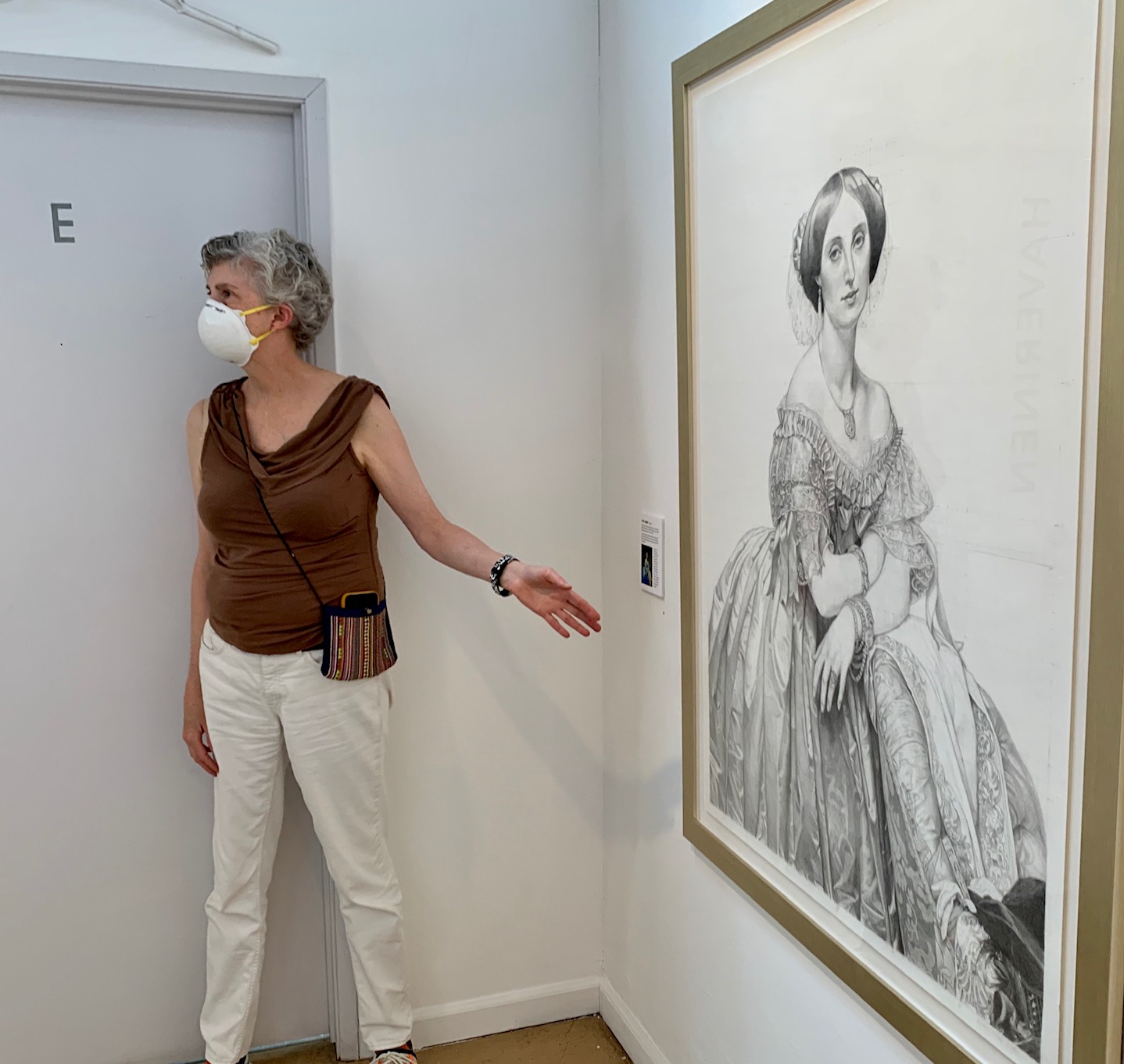 Society of Illustrators Scholarship Award, New York City, 1983. Selected from 3,500 entries for a show of 170. Received one of the few monetary awards.

Santa Rosa Public Arts Risk Assessment and Contingency Workshop, Addressing immediate needs to artists in the community in wake of the pandemic and fires, City of Santa Rosa, 2020. 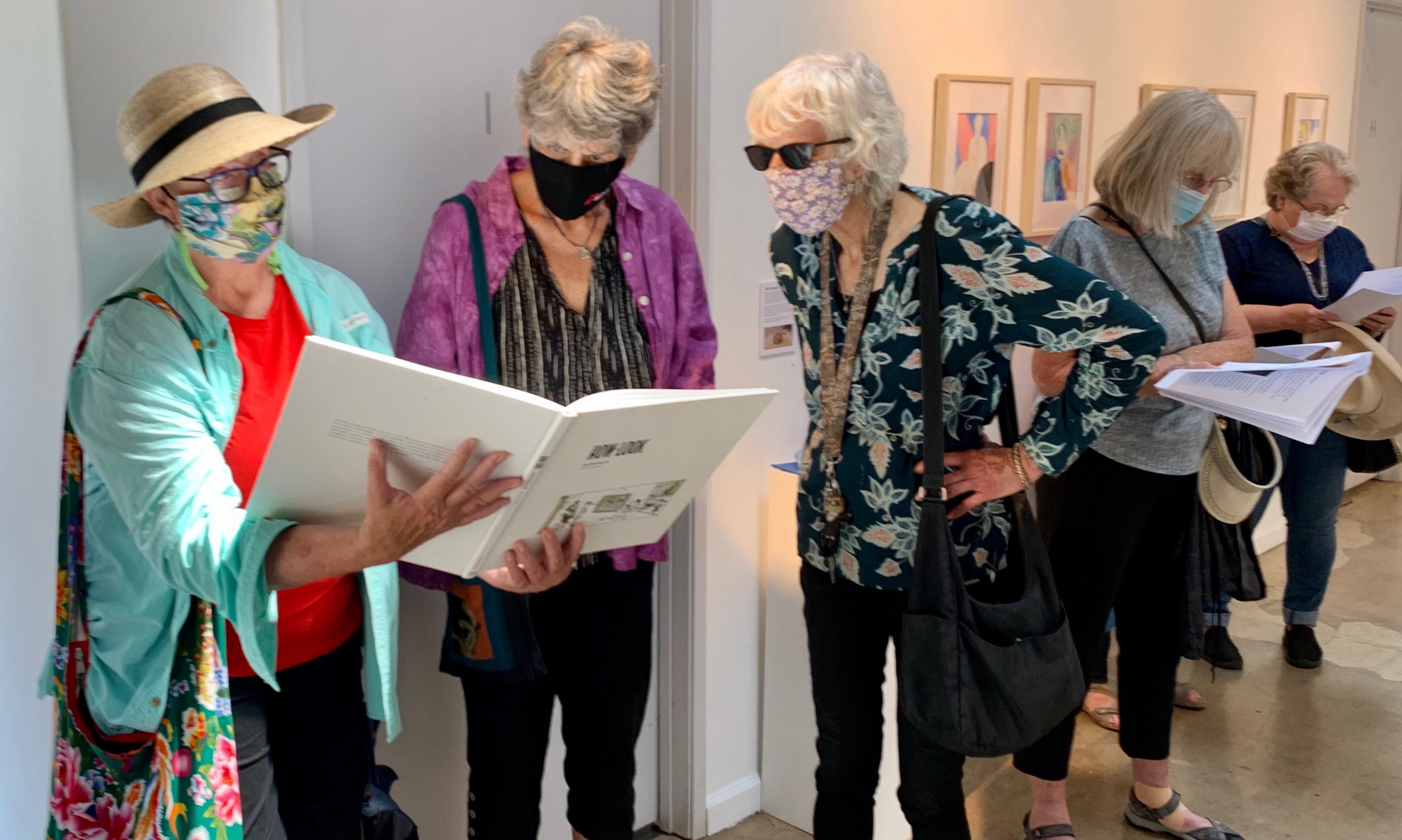 MoMA, NYC, Painting Techniques of Postwar Abstract Expressionists, taught by Corey D’Augustine, an historian, conservator and painter. A graduate-level, ten-week course taught online. It included discussions with classmates from around the world, weekly painting assignments, critiques, and about 1,000 pages of reading. Summer of 2011.

Series of watercolors in Istanbul and on the Turquoise Coast in Turkey, July 2000.

Poet, performing original works every month for two and a half years, 1998-2001.