As with so many of my projects, the year spent on the T-Rex began with a dream. I was being chased by T-Rex holding blunderbusses. Or in the logic of the dream-pun, blunder-busters.

This dinosaur with a maximum bite force of almost 12,800 pounds, seemed a promising subject for a year that encompassed my divorce and the election Donald Trump.

It was also the year that a fire swept through Santa Rosa, devastating the town that I live in. Images of dinosaurs watching asteroids took on new meaning after the fire.

As a way of coping with that trauma, I spent many weeks painting T-Rex enveloped in flames. I also found rich meaning in these pictures, which expanded the scope of a local tragedy to a global one. 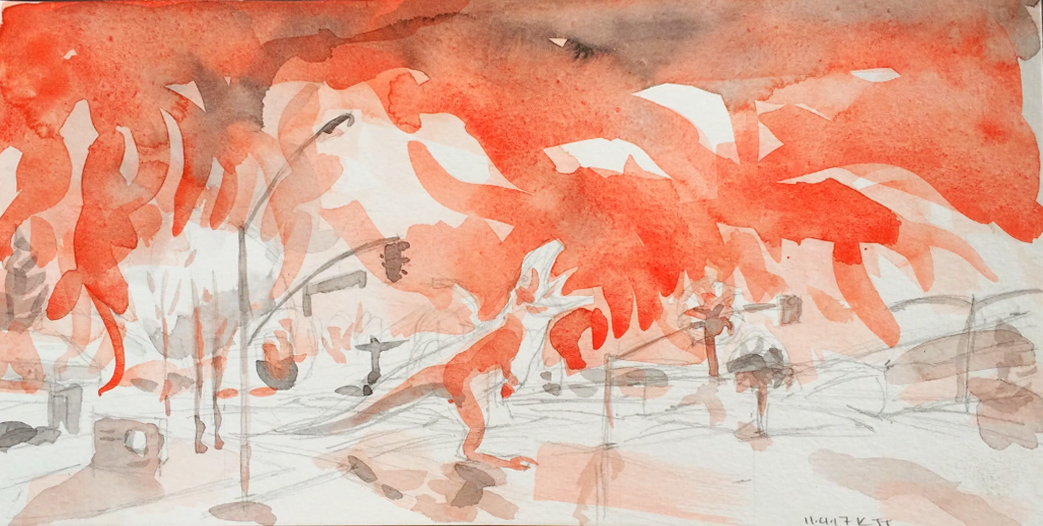 Though I had been planning to complete the series, being in the Manhattan Women's March satisfied the bit of grist which had propelled me forward. I also found the subject for my next series while in New York.

In the second video above you can see the the woman appear in my sketchbooks as a refuge, then interact with and eventually move through the digestive tract of the T-Rex to become the final image of the series, shown to the right.