I had something completely different planned for this year, but all I wanted to do was work on cuckoo clocks. I was going to learn how they worked, then I was going to fix them. The tiny houses, with intricate workings and timely reminders of craziness were one huge metaphor which I was too close to see.

I grew up hearing a phrase that went something like, “Der Kuckuck hol'dich" which means roughly, “the cuckoo's going to get you”. And that's just what it did in 2016.

My realization that my thirteen broken clocks were impossible to fix came just a few weeks before I realized my marriage was over.

The craziness outside my life was also gaining momentum for the 2016 election. I made one installation after the election which is shown here.

Another reminder that the personal can also be universal. 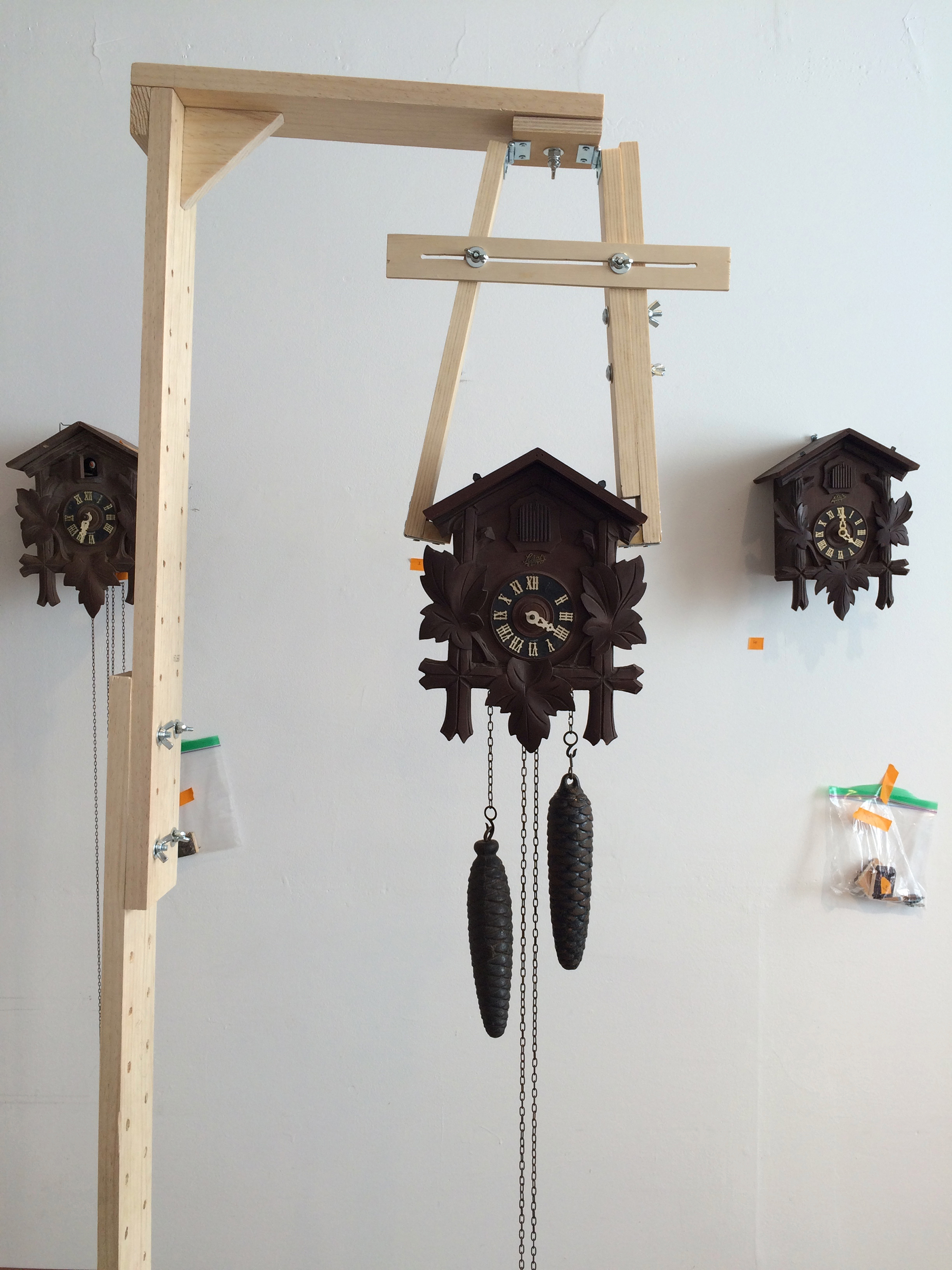 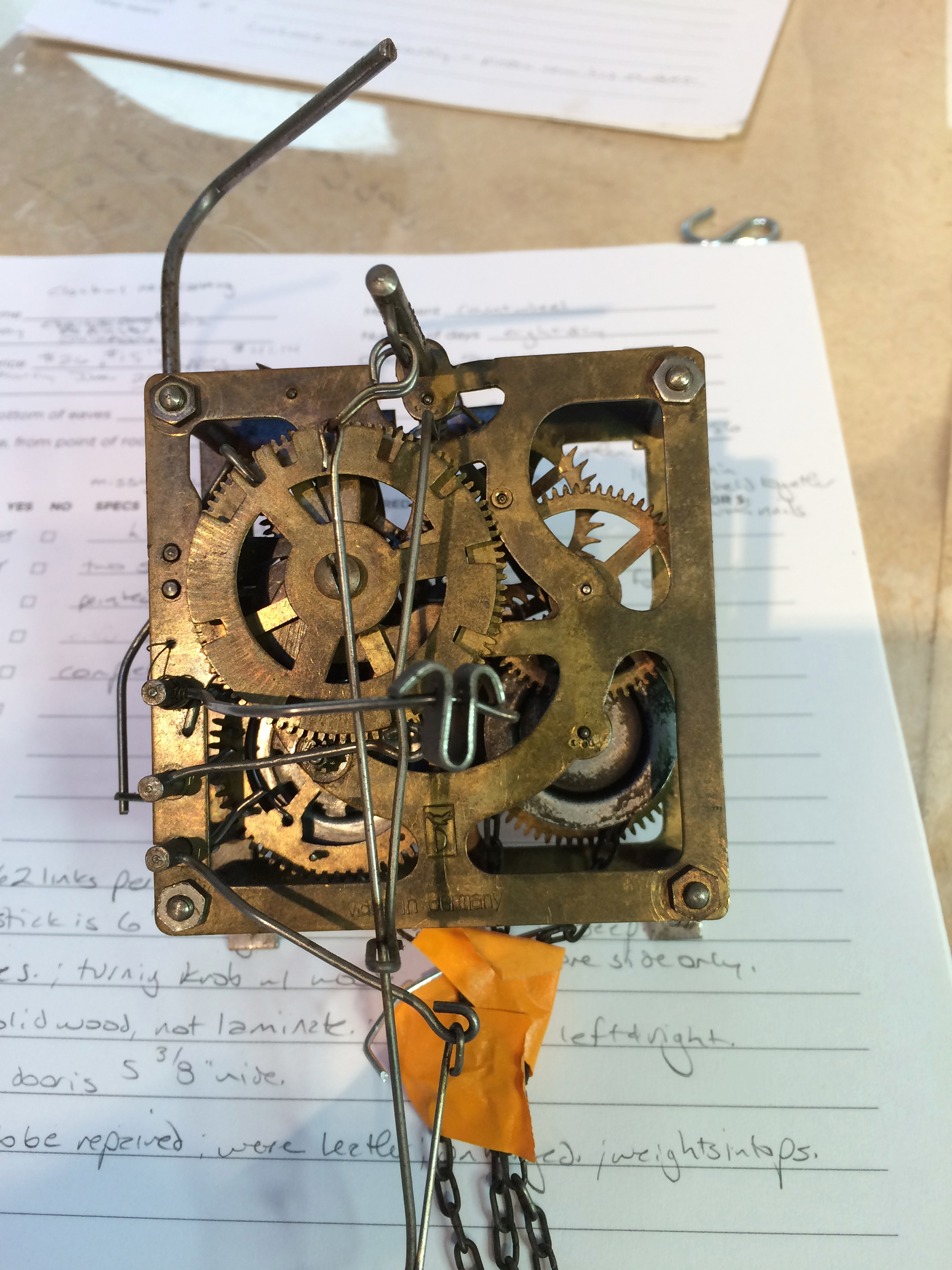 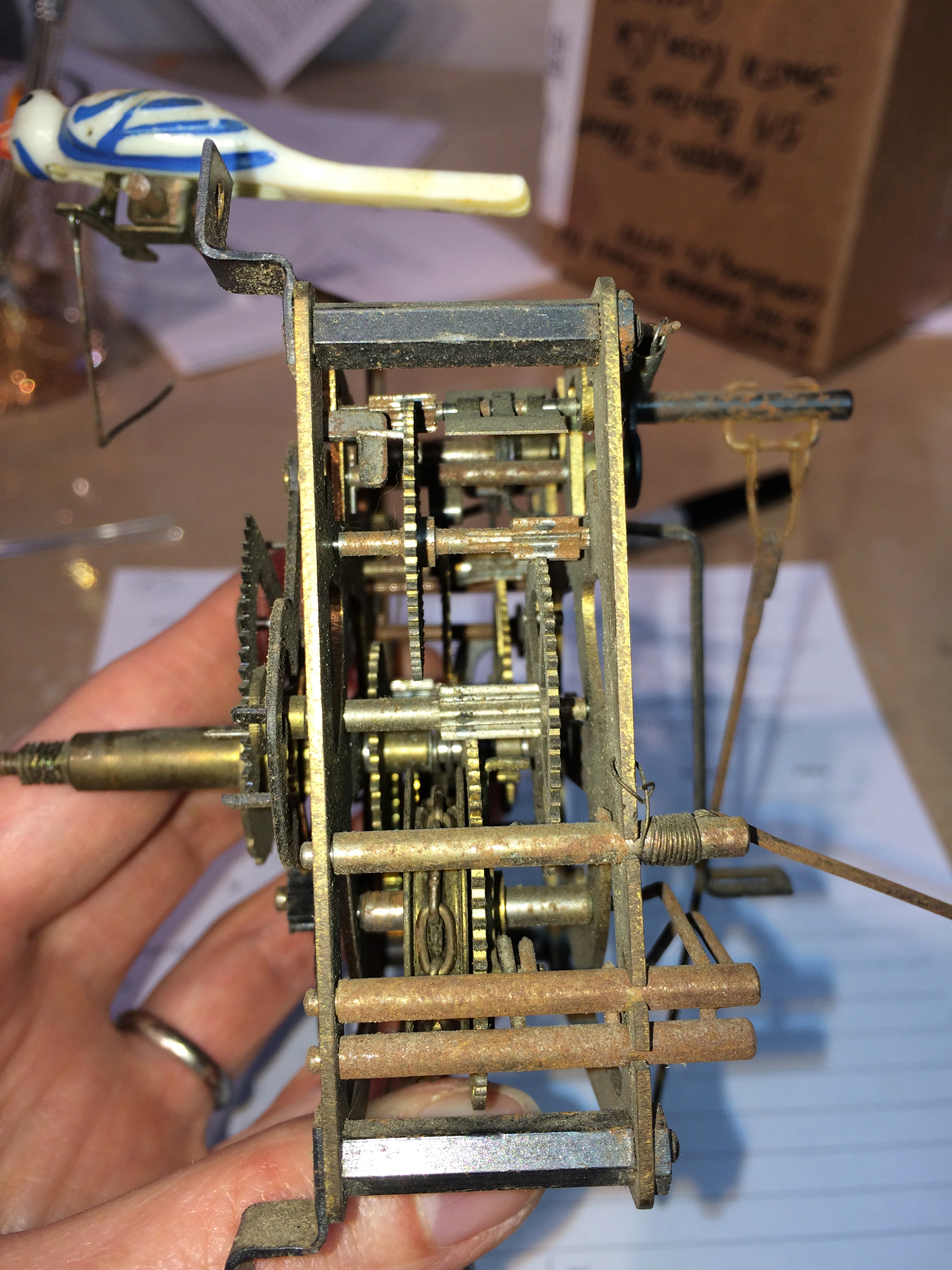 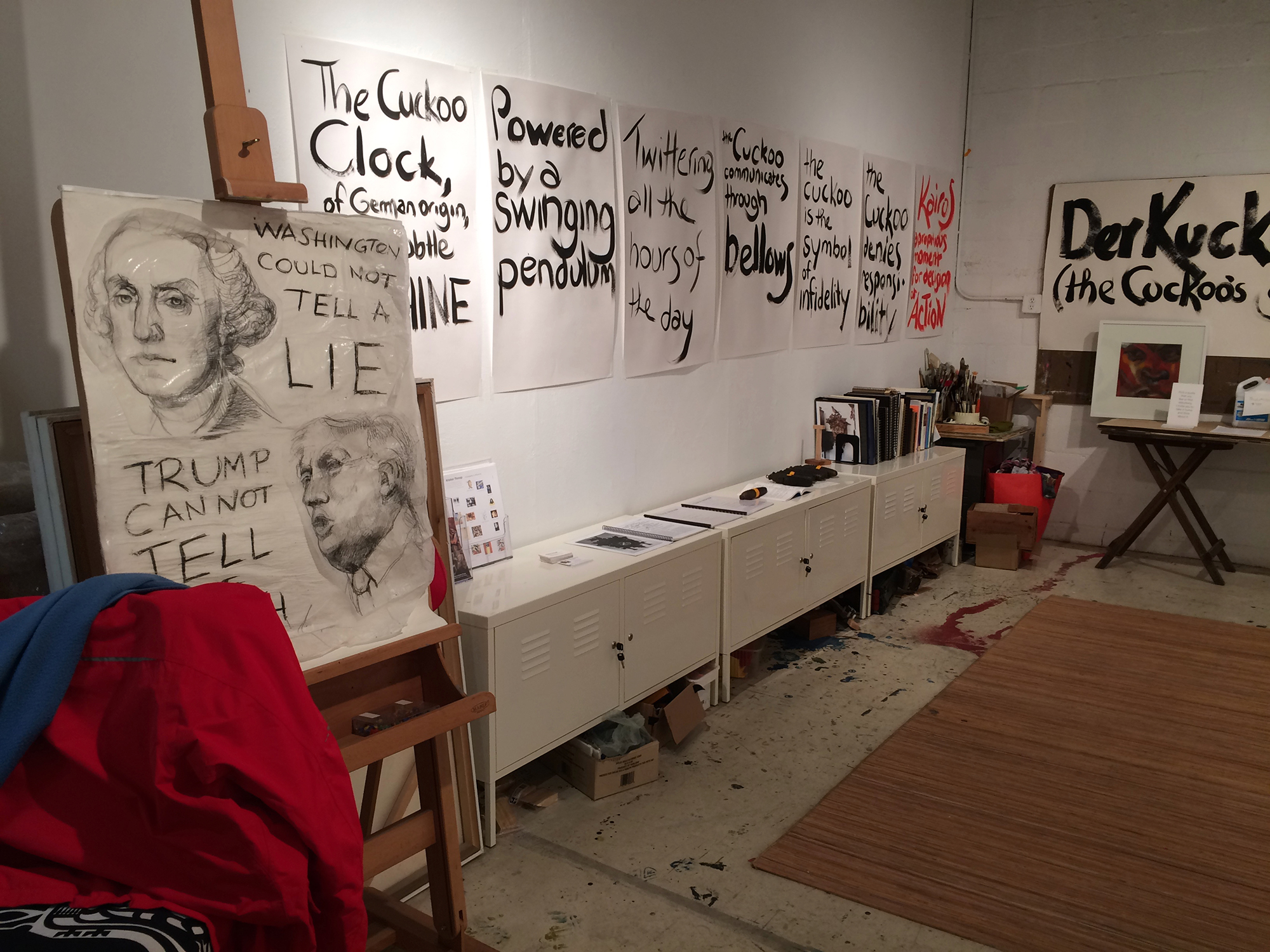 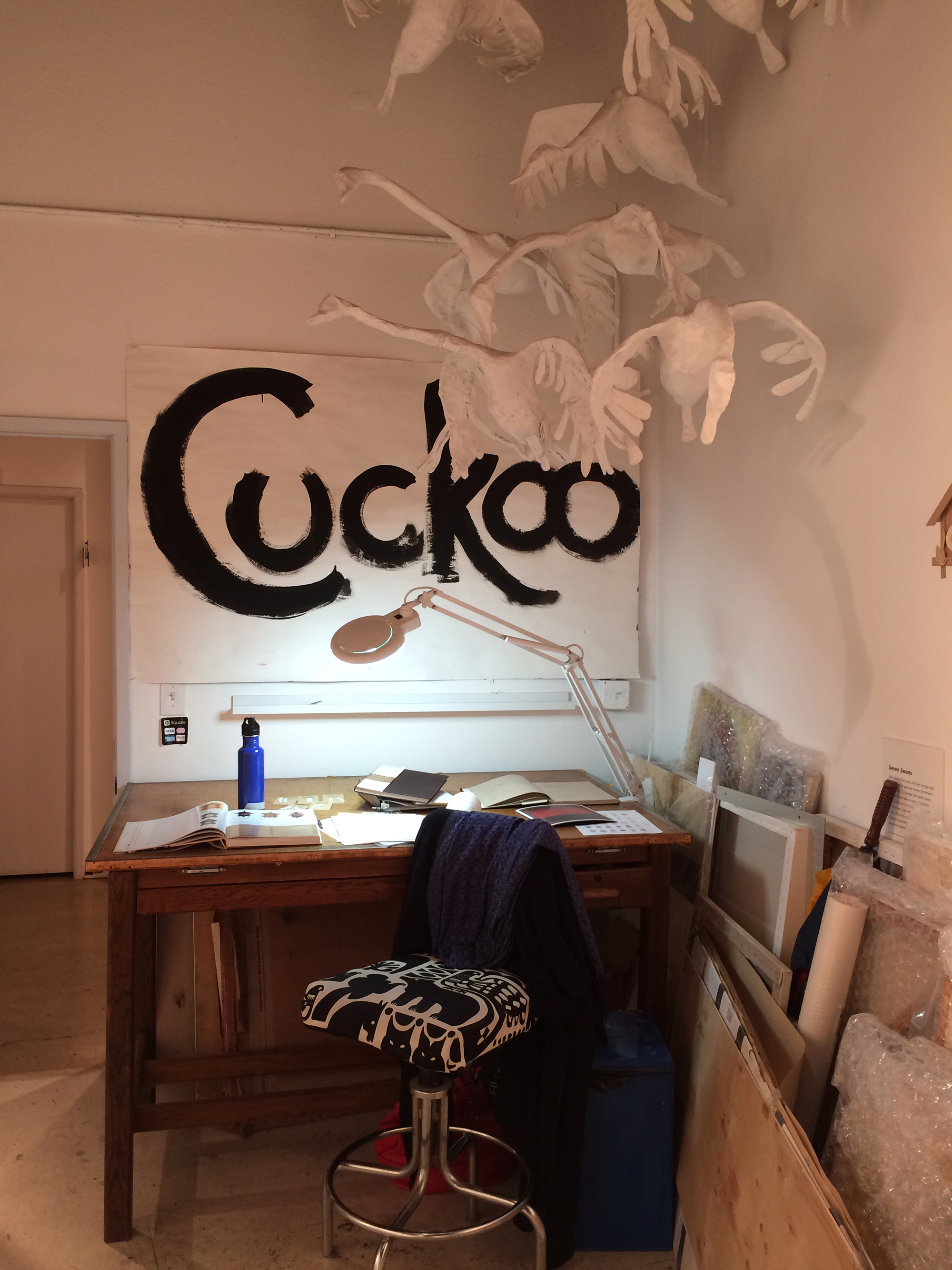 My cuckoo clock mentor Cyrus demonstrates one of his restored clocks in my studio for a show we did together.